‘The Cheviot, the Stag, and the Black Black Oil’ is an influential theatre play by John McGrath about the history and exploitation of the Highlands, from 1746 to the present – 1970s, when it was written. It dramatises the post-rebellion of the clans, the Clearances, the shooting estates, and the oil boom, with a clever mix of reportage, music, and comedy. Performed as a touring production in community centres around Scotland, it aimed to bring professional theatre to those who didn’t have many chances to see it.

The touring show used a stage set that had the form of a giant pop-up book, and was created by playwright and artist John Byrne.  Made of carboard, and more than three by four metres when open, and over two metres tall, the book was cheap to make, and could be transported on the top of a van by the touring theatre group.

This pop-up book was acquired by the National Library of Scotland in 2009, becoming the largest book of their collection. It was in quite poor condition, the mechanics of the spine and pop-ups quite badly damaged. Since then, it has gone through several rounds of conservation.

The National Library of Scotland has loaned the book to the new V&A Dundee for 25 years, where it can now be seen on display.

As digital heritage experts, we have worked in collaboration with both the V&A Dundee and the National Library of Scotland to create a 3D model of each of the panels of the pop-up book for its preservation and dissemination. Given the characteristics of this piece, not all of it can be displayed at the same time, which makes digital documentation a key element to experience the pop-up book in its entirety.

The technique we chose for the capture of this stage set was photogrammetry, with which 3D models can be obtained using photographs of an object or structure. Through photogrammetry we can create high quality three dimensional models which accurately reproduce the texture and colour of the subject. This is why we chose this technique to document this object, in which its decoration and the material it is made of are key.

The giant pop-up book was a challenge for us, given its dimensions, as well as the reduced surface of the edges of the cardboard that make up the different scenes. It was difficult to obtain the overlapping photographs that a good 3D model requires. However, using a photography pole and boom, we managed to capture the edges of each cardboard panel and the space between them. We also paid a lot of attention to the lighting of the object, avoiding shadows that could have affected the capture.

The data captured were processed, putting together all the photographs to create a three dimensional model. Post processing has many steps, including scaling and colour management to ensure the size and representation of colour of the model are accurate. It also includes closing gaps, smoothing surfaces, and overall checking the model’s quality in every way.

A light, web-friendly, version of the 3D models of the five scenes was created for dissemination, and it is now available on Sketchfab:

If you want to know more about this object’s digitisation and conservation, Spectrum Heritage’s Clara Molina Sanchez, and Shona Hunter from the National Library of Scotland, will talk about it on October 10th, Research and Innovation day, at DigiDoc 2018. This conference is part of DigiFest, an event organised by Historic Environment Scotland at The Engine Shed, Stirling. 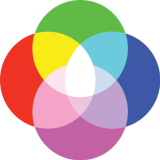 We are an interdisciplinary team dedicated to the preservation of cultural heritage.