On the 6th of October, the entire Spectrum Heritage team gathered at our office in Leith. Along with many other conservators and heritage professionals from all around the world, we were ready to participate on the first-ever conservation Twitter conference, hosted by The Institute of Conservation.

All #IconTC speakers – us included – had 15 minutes to present their papers, just as in any other conference. However, this special event posed a new challenge: presenting the talks in the form of 12 tweets, of 140 characters each.

Keynote speakers helped us reflect on our purpose as conservators, and our role in different aspects of cultural heritage.

3 #IconTC Our profession is strong through active participation of so many members and pro-active meaningful engagement with stakeholders.

6 #IconTC we conserve stories that we reveal of people from long ago and we love to share them with anyone who will listen @SHAREwithSchool pic.twitter.com/qEScRElNen

12 #IconTC It is we pros (conservators, archaeologists, authenticators, academics, experts) who create value in the art & antiquities market pic.twitter.com/IE4JDbrH13

As did many of the papers…

4 #IconTC Have your role as a conservator changed in the care of collections of human remains? Are we neutral in this process? pic.twitter.com/ZvnRSJgIXj

12 #IconTC Conservators have important roles to play on-site, both in preventive and interventive roles, and educating others in heritage!

It was great to see how each presenter adapted their discourse to Twitter. Concision was key, as was the use of links, images, videos and animated gifs.

3 #IconTC This Argand lamp, dated 1785-1795, was identified as FUSED PLATE, but the yellow shade raised some questions pic.twitter.com/CXAcKCTNti

4 #IconTC Each item in this display will require its own unique conservation treatment in the Textile Conservation Studio @MuseumofLondon pic.twitter.com/mWnoyNdiGE

1 #IconTC “Drumming out moths: IPM of a moth infestation in a West African drum collection” by @Devinmattlin,@Chloecantsing,@Deansmith323 pic.twitter.com/6WP5raJo7h

​
​
The presentations covered a wide range of subjects, from thin paper to shiny, precious metals…

5 #IconTC Due to the fine nature of my construction and high gold content I have been cleaned with natural Berberis thorns. pic.twitter.com/S9V9LNCo2P

From Mayan murals to contemporary graffiti…

5 #IconTC Because x-rays revealed the tureen was stable, I decided to remove the discolored overpaint with acetone as a first treatment step pic.twitter.com/SiPNdFcQt8

2 #IconTC @MuseumofLondon announce plans to acquire some of #Fatberg for display. News goes global and the conservators get researching pic.twitter.com/HHkHdNSijL

We learned some useful techniques!

And showed some of the most interesting solutions to the problems faced by conservators!

8#IconTC Fears that his butt might fall off when lifted from the femora, prompted a nappy of relic wrap, plastazote and ratchet straps pic.twitter.com/buk3CmRMSG

At 12 o'clock, we presented our paper, focusing on the use of new technologies in the context of traditional conservation techniques.

2 #IconTC In March, we travelled to Inverurie, @Aberdeenshire to carry out a small excavation to remove four Pictish stones. #archaeology pic.twitter.com/smL29abeZB

3 #IconTC Photogrammetry is really useful in keeping a record of finds and structures as they were before being excavated. #archaeology pic.twitter.com/Bviafuwsub

5 #IconTC Using wooden tools, soft brushes and water, the granite stones were cleaned and another #photogrammetry capture was carried out. pic.twitter.com/HzdrQ822bp

6 #IconTC #Photogrammetry can help us see features that are not visible to the naked eye: details of the carvings, cracks, scaling… pic.twitter.com/xQc9W6U5lE

7 #IconTC The #3D photogrammetric models were shared on @Sketchfab to make them accessible to a wider audience. https://t.co/fLU3O9F79O

8 #IconTC From photogrammetric models, we created accurate orthophotos, which were used to plan and record the #conservation treatments. pic.twitter.com/LXTMl3YxMj

9 #IconTC With the use of vector graphics software, orthophotos can become detailed alteration maps. #conservation pic.twitter.com/3QErid650i

10 #IconTC #RTI is another digitisation method that allows us to see surfaces in detail, by exposing them to light from different angles. pic.twitter.com/KWKkQJiV2y

12 #IconTC Thanks @Conservators_uk, @Aberdeenshire, and everyone for taking part! We’re now here to answer your questions!

It was a great chance to meet other conservators, learn from their work and we hope we can come together again for a second #IconTC!

Thanks to @Conservators_uk @PietaGreaves and to all #IconTC wonderful speakers! It’s been an amazing experience!

To learn more about Spectrum Heritage you can visit our website, and if you want to join our newsletter, you can subscribe to receive updates in your inbox. 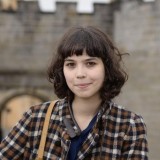